Why Psychological Safety is a Must-Have for Organizations Today

Amy C. Edmondson is the Novartis Professor of Leadership and Management at Harvard Business School and author of The Fearless Organization: Creating Psychological Safety in the Workplace for Learning, Innovation, and Growth.

With so much riding on change, innovation, and creativity, it is essential to attract and retain top talent—but what good does this talent do if no one is able to speak their mind? The role of Psychological Safety in allowing people to speak up and driving excellence is essential.

Dr. Edmondson shares what psychological safety is, what it’s not, and why it’s critical for organizations today.

What is psychological safety?

Psychological safety is a belief. This is a work environment characterized by a belief that it's safe for interpersonal risks, like speaking up with concerns, questions, mistakes will be welcomed and valued. I'm not saying it would be easy, I'm saying the expectation is, that's what we do around here.

Psychological safety is permission for candor. It is not about coziness and a trigger-free kind of context. It's the kind of context where we're willing to roll up our sleeves and be candid because of what's at stake for the organization, for our customers, for each other. It captures people's beliefs about inclusion and diversity, whether people believe their team to be inclusive of others and diverse views, whether they see their team members as willing to help, whether they have a sense that risks and failures are okay around here, and open conversation is possible.

Psychological safety is a belief. This is a work environment characterized by a belief that it's safe for interpersonal risks, like speaking up with concerns, questions, mistakes will be welcomed and valued.

What are some of the misconceptions about psychology safety?

We have seen many, many misunderstandings about what psychological safety is. It is not being nice. Being nice is often code for I'm not going to say what I really think, I'm going to be polite, I'm going to hold back. It's not a guarantee that everything you have to say will get applause. It's not freedom from conflict. 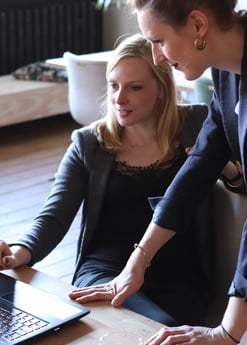 In fact, in more psychologically safe environments, there's more conflict, more willingness to debate and dissent, and make ideas better as a result. It's not a license to complain, and then hope somebody else will fix the problems, and it's not permission to slack off. High standards and psychological safety are highly compatible, not easy, but highly compatible.

The worry so many had was psychological safety is about the comfort zone. It’s not being nice, not sitting back. This is where those engineers at Volkswagen worked. Where we need to be, a kind of holy grail, if you will, is what I call the learning zone. But you could just as well call it the agile zone or the flow zone. It's the learning zone because we're stretched, we're eager, we care, we're engaged, and we are candid.

The goal is the effective production of the things that we care about doing - why we're here, the mission, the purpose. Psychological safety is a means to that goal.

Why do you think your work with psychological safety is resonating today more than ever?

It's the uncertainty, which automatically creates fear. Human beings don't like uncertainty. The uncertainty, or perceived uncertainty, has rarely been higher in our history, and certainly not in modern history. We feel anxious about the future. And that spontaneously leads us to hold back, and that's crippling in a period where our thoughts, or energy, or ingenuity are sorely needed.

We are exploring. I'm exploring aloud with you. I don't have the answers. I think we're in the early days. We'll see how we navigate this terrain that lies ahead.

But let's start with the antithesis of the hybrid organization. Think of Henry Ford's assembly plant. This is a work environment where everybody was there, on time, in person for many hours a day. What's interesting to me and why I start here is the lack of psychological safety as it turns out you could be fired for smiling in this plant. The utter lack of psychological safety, which by the way, did not harm performance.

Why did a previous lack of psychological safety in organizations not hinder performance?

How did research on teams inform what we know about psychological safety today?

An article by Charles Duhigg in the New York Times Magazine described a years-long study of 180 teams at Google in which they set out to answer the simple question: What accounts for team effectiveness? Why do some teams at Google, all highly selected employees, thrive while others falter?

To make a long story and a very deep scientific study short, one variable jumped out and that was psychological safety. Teams at Google are doing highly uncertain work, requires ingenuity, creativity, innovation, done in teams, in very interdependent ways. In that kind of environment, which I suspect is much like your kind of environment, psychological safety matters. Several years ago, the U.S. Army College coined this phrase that's now pretty well known, VUCA, a shortcut for volatile, uncertain, complex, and ambiguous. People are using that term all the time for the reality of now, especially in the aftermath or late stages of COVID. This used to be just an idea for many of us. Now it's a lived reality.

What are the implications of psychological safety?

The implication of psychological safety is that anyone's voice could be mission-critical. Anyone might have a game-changing idea, question, concern, warning, or problem that could change the course of the project, could change the course of the mission. And so, this is where psychological safety comes in, we've got to have that kind of environment where people fully know and appreciate that their voice is welcome.

One of my former students, an MBA student at Harvard Business School, was reaching out to me a year or so into his first job at a global corporation. And he said, "People aren't taking risks here," meaning interpersonal risks. And he said, "By not taking risks, something as simple as correcting your boss in a meeting if they say something wrong." And to illustrate, he said, "In an M&A meeting, the boss was talking enthusiastically about a company we bought, how exciting it was that we had bought it, but nobody in the team was willing to correct him that we never did purchase the company."

So you have to ask yourself, is this happening in my environment? Nobody wakes up in the morning and jumps out of bed because they can't wait to get to work today, virtual or not, to look ignoring, incompetent, intrusive, or negative. We care very much about what our colleagues and especially our managers think of us. We want to look smart, capable, helpful, and positive. And the best way to do that, or at least the best way to minimize the risk of looking ignorant, incompetent, and so forth is to hold back. If you don't want to look ignorant, don't ask questions. If you don't want to look incompetent, don't admit weaknesses, gaps, or mistakes, don't offer ideas, and certainly don't critique the status quo. It's safer that way.

Dr. Edmondson’s presentation was part of our half-day summit on “The New Role of Leadership in a Changing Workplace,” presented in partnership with the Institute for Coaching.
<< Previous Post
Next Post >>