Thinking About Working with a Coach? What are the Predictors of a Successful Outcome?

In my work with C-Suite executives, I’ve found there are some clear indicators of what will result in a successful coaching engagement, which I will share here.

While my response may seem to be a way of showing humility, it was actually a very truthful response. What Paul didn’t know was that I had been working with another C-Suite leader, we’ll call him Gary, for about the same time as I had been working with Karen. Gary and Karen are very similar – hard-driving, results-oriented, successful leaders who add significant value to the bottom line in their businesses. And both had challenges working collaboratively with their peers, direct reports, and bosses, which had led them to a coaching engagement with me.

The similarities end there. Karen’s boss saw tremendous progress after 6 months in her approach to working with others in the organization, while Gary’s boss parted ways with him 6 months into the coaching. 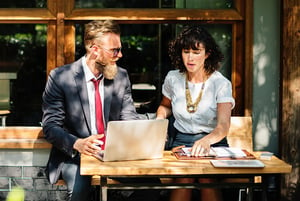 1. Discern and accept YOUR feedback

Most coaches begin the process with feedback from the leader’s boss, direct reports, and peers and generally a few themes emerge which indicate areas that need attention. Leaders who achieve positive results focus on the 1-2 things they can do differently to be more more effective while getting the results they want.

Neither Karen nor Gary were surprised by their feedback. Karen embraced her feedback and accepted that it was valid. While Gary initially accepted his feedback, he ultimately focused on making excuses for why he had to behave the way he did. 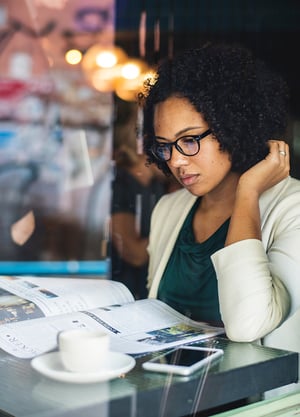 Both Karen and Gary had many people in their spheres who were not helping in the situation. Gary focused on those others and why his responses to them were warranted and defensible and why the others should be the ones to change. Karen too was frustrated by others’ lack of engagement in what was needed by the organization, but she made changes in her own behaviors and actions, which opened opportunities to partner with them.

3. Diversify YOUR bag of tricks

Working with a coach is an opportunity to experiment with new approaches to dealing with other people and situations. We tend to have comfortable, “go-to” strategies for dealing with others and often these lead to repeating outcomes. By consciously matching the approach you take with the situation or person you’re dealing with, you can change the outcomes.

Both Gary and Karen had a very direct approach to dealing with others – put the problem on the table and let the other person know what was needed of them. When this approach wasn’t working, Karen tried some new tactics – she asked questions to gain an understanding of the other person’s challenges and she partnered with him to come up with solutions, resulting in a mutually beneficial business result and a stronger working relationship.

So, what is the most significant predictor of a successful outcome in a coaching engagement? YOU - and WHAT YOU DO - with your feedback, with your colleagues, and your approach.

Carol Rosa Sabia is a C-Suite Executive Coach with 30 years of executive experience and coaching expertise. Carol employs Organizational Health concepts from The Table Group and is a Certified Conversational Intelligence (C-IQ) Coach. Carol’s focus is on Building Healthy Organizations, One Leader at a TimeTM