Yes, it’s January 2018. But let’s not think about New Year's Resolutions because it seems that resolutions, like rules, are meant to be broken. Instead, let’s think about improving self management skills in general. What better application for self management skills is there than behavior change: one’s own? Which brings us to habits. Habits are full of paradoxes. They make life easier because they are automatic. They make change harder because they are automatic. Let’s explore what science teaches us so that we can make change easier and more durable.

Habits create pathways between neurons in the brain. This is helpful; for example, this means that once we learn to walk we don’t have to think about walking. This is unhelpful because it means that many things we do that are not so good for us are also done without our conscious awareness. Habit change is hard because the neural pathways have been strengthened by all the traffic on them. It takes time and lots of repetition for the new pathways to become as strong as the older ones.

Speaking of taking time: don’t expect a habit to change in 21 days. That “fact” has been debunked. More recent research suggests an average of 66 days, though this study has its problems too. Instead, the best suggestion is to settle in for a gradual process with ups and downs. Research and common sense dictate that addressing one habit at a time will produce greater success.

Researcher and consultant Al Switzler identifies 4 steps towards making a lasting change on a “persistent, resistant” problem. These steps have been around for many years, but he has a nice way of framing them. They are:

He goes on to say that willpower is not the issue when people fail to make change. The issue is that there are forces pulling against us, unless we intervene to make them pull for us. These 6 areas of influence are:

Getting back to ways to increase awareness of unconscious habits: Keeping a log as well as practicing mindfulness helps. The former can be as simple as marking how many times a day you engage in the habit, or as elaborate as making columns for what was going on inside you and around you when you engaged in the habit. The latter means first making a conscious decision to notice the habit more and to notice the thoughts, feelings and sensations at that time. A more elaborate, but useful method is a pros-cons list with a twist:

Divide a paper into 4 sections. Label the top “Status Quo” and the bottom “Make a Change”. In each section, put a subheading “What I Gain” on the left and “What I Lose” on the right. You may think that the pros of keeping the status quo will be identical to cons of making the change, and visa versa. However, you’ll probably be surprised at what emerges when you do both sets of pros and cons.

It is rarely easy to embrace change, even positive change. Seeing what you’ll gain by changing the habit can increase your desire to do so. Acknowledging what you’ll lose by changing the habit gives you information about what to put in place so you can meet those needs in a more positive way. These are what Al Switzler terms the “vital choices.” Both serve to decrease the white-knuckle-will-power aspect of changing a habit.

Stanford University faculty member BJ Fogg and others break habits into three components: trigger/cue, routine, and reward. To form a new habit, Fogg recommends that the cue be connected to something we already do. For example, he does push-ups after each time he pees (using his choice of word). Peeing is the cue, push-ups is the routine, and his reward is to tell himself afterwards, “you’re awesome.” He emphasizes the importance of starting with tiny behaviors, which then build on themselves and become their own rewards.

Coach Bob Greene encourages recognizing negative self (“This will never work”; “I can’t do it”) as thoughts, not reality. He and others recommend managing negative self talk through mindfulness as well as disputing it by reminding yourself of times you have made changes. 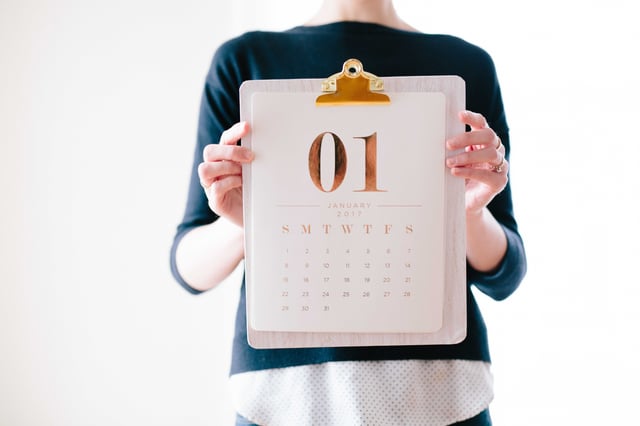 Research and experience on habits and change will continue and new ideas will emerge. ‘Til then, keep on keepin’ on with what science has taught us so far. And enjoy your new year without those pesky New Years Resolutions hanging over your head.

Karen Welling has a diverse background as a certified coach, licensed psychotherapist, workshop facilitator, performing musician, and former competitive athlete. She uses her training and experience from all these realms to create individualized coaching programs that enable professionals and others to achieve clarity and confidence in their pursuits and in periods of transition. Karen supplements coaching with techniques such as mindfulness, self-administered acupressure, and EMDR (Eye Movement Desensitization and Re-Processing, which has been shown to foster rapid change and aid in peak performance).