Chris Bonington, Being Stretched, & Leadership in ‘The Second Machine Age’

When I was a consultant at Sundridge Park Management Centre in the UK, Chris Bonington came to speak to several groups about Leadership. He would use his experiences as a mountaineer as anecdotes on how to lead, especially in times of challenge and difficulty. At that time, he focused on the importance of the leader working with his team.

For those of you who are asking, “who is Chris Bonington?”, I can tell you he is a famous British mountaineer, who climbs, writes, and lectures on his adventures. He has been awarded a Knighthood and can be called Sir Chris now. This is because he climbed Mt. Everest several times, was the first to conquer the North Face of the Eiger, as well as Anapurna. He is in his ‘80’s now and although those days are behind him, he still enjoys hiking and learning about new things. 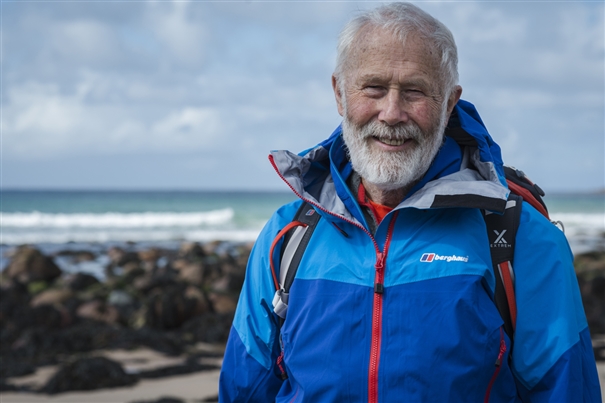 What is significant for our purposes here is his love of being stretched to learn something new, to be forced out of his comfort zone. Which is why he kept on exploring and climbing all those years. Learning for him was an adventure and a challenge. According to an interview he gave to a British broadsheet, fear never played into it.

More about Sir Chris later. He has things to teach us and I will return later to his wisdom of facing the unknown.

Let us move to the subject of leadership, your leadership, as a manager and leader in your organization.

However, this approach is handicapped by its focus on the competencies of leaders in the past and present. It tells us little about how capable leaders are to operate in the future - the “second machine age” as Brynjolfsson and McAfee dubbed it. This approach assumes that the environment in which leaders operate is fundamentally unchanging, and doesn’t consider the kinds of changes (and their rapidity) happening in the world today. The three principal changes being the Exponential Growth of Technology, the Need for Innovation, and the Globalized Economy.

I arrived at insights that there were (at least) 3 characteristics of modern day leadership that we were not paying enough attention to. The first is for leaders to collaborate more. I don’t think I am the first to say this, however. The second is the need for leaders to become more agile; who can be effective in complex and unknown situations. The third is for leaders to develop a love of learning, or, as the NeuroLeadership Institute labels it, a growth mindset.

The model of the leader as singular hero is no longer tenable in an age when knowledge grows so quickly and exponentially. It takes more than one person to make a good decision. Knowledge is widespread and communicated via the internet too rapidly, that it requires more than one person to harness the relevant facts and bring them to the attention of colleagues. As one of my radio show guests put it, perhaps we are expecting too much of leaders today because it is impossible for one person to know it all, do it all.

Which means that leaders need to collaborate with others to be effective. That collaboration can take place among the members of the leader’s team or with other functional leaders. Working in silos, being the ‘hero’ with all the answers, and prizing oneself of being competitive is no longer relevant. You want to be an effective leader, be a collaborative one.

Here is a term that has been frequently put forward: from more agile organizations and agile leaders, to inner agility. For some, the term implies resiliency. For others, it signifies coping with the disruption of what we know. For the most part, it has been used to describe behaviors such as flexibility, rapid decision-making, increased emotional intelligence, and responsiveness to internal and external stakeholders. While these are valid and important qualities for today’s leaders to have, I don’t believe it captures the whole picture. 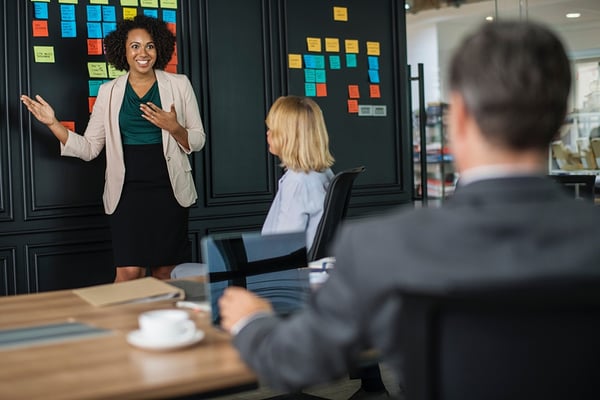 I would like to propose that agility is a state of being that allows one to master these behavioral characteristics. Wilbur, Torbert, and Joiner have all popularized this approach to develop 21st century leaders. Joiner defines leadership agility as the ability to take effective action in a complex, rapidly changing world. Those at a superior level of development are more capable of dealing with the uncertainty and ambiguity of today’s globalized economy. They understand the importance of being role models and developing their teams and direct reports (what I would call power sharing). They are more faithful to the alignment of organizational and institutional strategy behind the goals, mission, and purpose of their organizations.

Leaders who exhibit higher levels of agility also have a different mindset about what it means to be a leader. They follow a ‘post-heroic’ model, which means in an age of complex and rapid change, they create a work environment characterized by heightened involvement and shared responses.

The NeuroLeadership Institute is known for its work on the brain and how its plasticity can alter behavior. As the chemistry and structure of the brain changes, so does behavior. The NLI emphasizes the importance of a growth mindset because learning creates new neural pathways in the brain, thus expanding the individual’s knowledge. A growth mindset means we can accommodate the increasing complexity of the world around us and embrace it.

We are hardwired to want certainty, prediction, and control so that we remain in our comfort zone. I challenge you to move your watch to the opposite wrist from where you normally wear it. How does that feel? How long does it take before you move it back to where it feels comfortable? When we leave what we know, we experience stress. This is why the ‘confirmation bias’ is so powerful. It validates what we already know and agree with.

Yet, it is this very feeling of being uncomfortable which leads to the insights of why change is necessary.

Back to Sir Chris: He embodies what it means to have a growth mindset. He experiences change as a challenge. For him, change is conquering new peaks. His is a eustress response, not a stress response. He believes that improvement is possible; facing the unknown is exciting and a challenge, which is where adventure comes in.

Sir Chris may conquer new peaks; myself, I want to see what is around the next corner. For some people, that means taking too many risks. Why take a chance to discover the unknown? Facing the unknown has been at times frightening, but I relish the challenge and learning something new is exciting.

I can relate an anecdote which you may find amusing. A good friend of mine would say that I would jump off a cliff not knowing where I would land. My response was that I would figure it out on the way down!

A growth mindset is learning quickly about whatever an unknown and complex situation throws at us. It allows room for failure (I would prefer to call this ‘setback’) because not being successful gives us the opportunity to learn how to do it differently or better the next time. It also means new neural pathways to discovery and knowledge.

The next time, dear leader, when some says you can’t jump off that cliff because you might crash and burn, tell them you are developing new neural pathways on the way down so that you can land successfully.

Marion is an expert in international business, global mindset, and cross-cultural leadership changes. She develops talent that needs to meet the demands of the global marketplace. Not only does she develop others to work successfully in the international environment, but she also has done business herself as an international consultant, trainer and coach. Marion is an ICF certified Executive Coach from the Hudson Institute of Santa Barbara.