While all coaching promotes the enhancement of life experience and reaching one’s goals both personally and professionally, standard coaching practices emphasize individual self-awareness centered on the one coachee. With systemic coaching, collaboration is the foundation of the working partnership. This is important to support organizational-wide changes and create a wider culture of coaching.

What is systemic coaching?

Systemic coaching, by definition of the International Coaching Federation, is an approach to coaching that is “used to articulate the value for the coach of looking beyond the immediacy of the one-to-one coaching relationship. It is also being used to describe some specific, and quite different, ways of thinking about systems.”

Systemic coaching expands the traditional coaching framework further to include the bigger picture of the team and, ultimately, the organization, in the benefits of coaching. 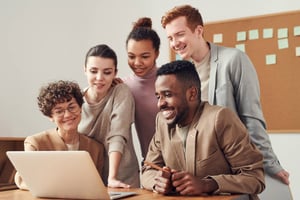 Simply put, systemic coaching is a blend of working with both individuals and teams. It expands the traditional coaching framework further to include the bigger picture of the team and, ultimately, the organization, in the benefits of coaching. Coaching an entire organization globally and consistently was impossible a few years ago, but thanks to recent technological innovations, we’re able to make coaching much more accessible to larger groups of people and enable them to work in tandem.

Systemic coaching is the most effective approach to aligning individuals – through the teams they work in – to the organization for which they work. And that organization can benefit even further.

What are the benefits?

Research done by the Coaching Research Institute showed that “through systemic coaching, the impact of coaching was not only limited to the clients, but also to the stakeholders working with the clients. It showed that as people received coaching, they developed a stronger influence in the organization and their interactions with others changed, bringing a positive impact that drives the organization forward.”

Systemic coaching can unlock the collective potential and move everyone in the same direction to support the organization’s purpose, values, and goals. 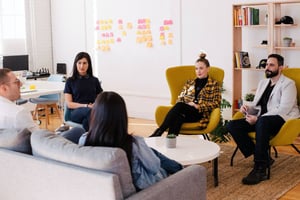 Systemic coaching, in an interdependent relationship that includes the coach to help create the insights needed for a positive benefit to the coachee and the related systems they are a part of, can unlock the collective potential and move everyone in the same direction to support the organization’s purpose, values, and goals.

Why is systemic coaching a must-have for organizations?

Many of the challenges facing organizations today, from building DEIB to navigating the ongoing disruption of the pandemic to supporting a hybrid work environment, require a systematic solution to create meaningful change. In their groundbreaking book, Systemic Coaching: Delivering Value Beyond the Individual, Dr. Peter Hawkins and Eve Turner found if you really want to lead transformations, you systemically coach the entire organization. 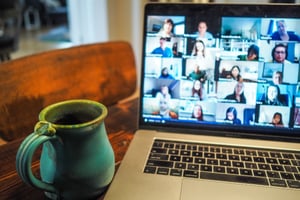 A systemic approach bridges the gap often associated with coaching between the individual experience and organizational goals. It focuses on all the parts of an organization, and the connections between the parts, as an organic systemic whole, including stakeholders and customers, as well as the wider context that the organization interacts with. In today’s world, this is more important than ever.

If you really want to lead transformations, you systemically coach the entire organization.

While keeping the needs of the individual in mind, leaders need to realize that it has become crucial to utilize their people analytics to interact with the organization in its entirety, allowing them to see true results and benefits for all involved. Robust assessments and the practice of systemic coaching will allow organizations to measure coaching impact and organization-wide alignment through change management.

As Dr. Peter Hawkins, a professor of leadership at Henley Business School, and a leading consultant, coach, writer, and researcher, says, “The biggest challenges lie not in the individual people but in the connections between them and between one team and another and the organization and its stakeholders. Just coaching the individual world leader will not solve the climate crisis – we have the knowledge, the resources, the will; what we lack is the ‘We’.”