A Primer for Hiring and Managing Innovators

People who are capable of the creativity and focus that brings innovation to fruition are some of your most valuable high-potential employees.

However, precisely because of their capacity for innovation, they are likely to struggle to toe the corporate line, and you may struggle to see where they fit within your company’s culture. Understanding what makes them different – which is key to their gifts – will go a long way to helping you work with and manage them most effectively.

While people sometimes use terms like innovation, intrapreneurship, and entrepreneurship interchangeably, there are differences between them. Your high-potential employees may fit some or all of the following definitions. However, if you are concerned with innovation, need to incorporate one or more of these types of processes, and are not clear on how the people doing them will be happiest operating, it’s likely that both you and your employee are finding working together a frustrating experience.

So, here’s how I define these terms, and some suggestions for managing employees who fit their definitions: 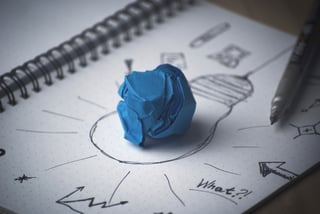 For the purposes of this article, “innovation” is an umbrella term under which the remaining terms sit. According to Bob Rosenfeld from the Center for Creative Leadership and CEO of Idea Connection Systems, innovation is a creative act or solution that results in a quantifiable gain. So people who innovate like – even need – to create things of beauty or that inspire others, or that change the way we engage with each other and the world. These folks also want to see tangible benefits to themselves, other people, and/or the organization within which they work as a result of having created them. You will probably notice that they have a “business mentality”, because there’s a pragmatic streak in them that needs satisfying.

Innovators have to create. If you stick them in a structured, low-risk, repetitive job that does not allow them to use their creative energy, they may act out or act in. Either way you won’t get the best from them, and over time their productivity will drop. Most innovators work best at their own pace and timing, which often does not coincide with the typical 9-5 (or 8-6) corporate day. They tend to enjoy risk, because that’s where the most interesting learning comes from. Their best ideas may come in the shower, or in the middle of the night, or over drinks with a friend. Having the freedom to work with their inspirations when they hit, then rest (perhaps when others on the team are working) means you will get their best work. 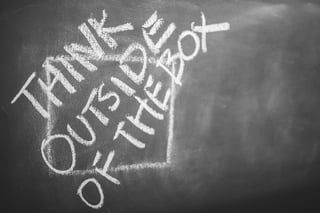 Intrapreneurship involves creating something new inside an existing organization. People who innovate this way are typically comfortable with – or can at least tolerate – the structures and systems that make corporations run smoothly and able to scale. They likely relish the ready access to resources, income, and other, like-minded people that organizations can provide. However, they will walk to a different beat than the rest of your team, come up with seemingly disparate ideas and approaches, and may withdraw if they don’t feel understood or accepted.

An example of this is a client I first met on the Underground in London. She described a technological Center of Excellence, which she had set up in her Fortune 20 financial services company to address a safety issue integral to her company’s future. Turned out her boss was taking all the credit for her work. Which meant that, despite its importance to the organization, she was receiving neither the recognition nor – crucially – the support she needed to continue to develop her initiative on the company’s behalf. She was more than happy to be part of the organization. However, she needed to identify the roadblocks (one of which was her boss, who was later fired), then strategize more effective lines of communication and support than she had developed when her focus was solely on the technology, not the associated corporate politics involved. 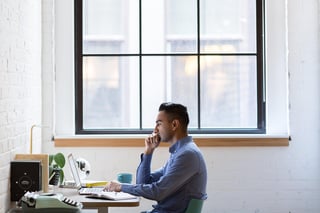 Intrapreneurs may be fairly solitary, and they may not blow their own horn; they may have a history of being laughed at or their ideas disregarded. Yet they value being part of a larger organization, and are unlikely to mind that the corporation owns their work, as long as they are free to pursue what they are passionate about. When recognized and given the support and resources they need, they can help your organization develop the new products, services, and processes necessary to keep any endeavor vital, growing, and productive over time. 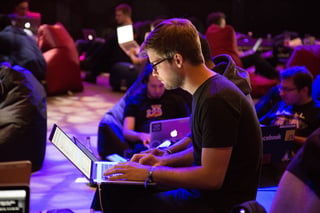 Entrepreneurs create from scratch – often with limited resources – a new product, process, or company that did not previously exist. They willingly brave the vagaries of the marketplace to bring new ideas and tangible goods into the lives of the rest of us. If you have an entrepreneur on your team, they are likely to be more comfortable outside of an existing organizational structure, instead creating their own. That’s important to know if you’ve been trying to fit them into a corporate role that doesn’t suit them. They will chafe at a perceived lack of autonomy.

At the start of my career I “fell” into an entry-level role with a millimeter-wave electronic component manufacturer, led by a man I soon came to think of as the definition of an entrepreneur. He held advanced degrees from Harvard and MIT, so was no stranger to operating inside large systems. However, his vision and quiet drive led him first to construct a radio astronomy telescope out of telephone poles and chicken wire when the budget he was given in his next position wasn’t sufficient for more. He then went on to invent, test, and manufacture equipment (and create the company of world-class physicists, engineers, scientists, and staff needed to support them) to further both his research and that of many others around the world. By the time he retired, at least 5 separate companies had been spun off out of his work, including technology that could have detected the bombs used on September 11. 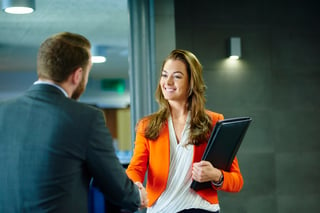 If you have an entrepreneur in your midst, help them leave! Particularly if their work is important to your organization, they will do more for you outside the organization than within, where they will be miserable with what they will likely see as the “corporate maw” sucking up their energy and resources which they are chafing to redirect toward their vision. However, having them work as a consultant or partner to your organization can give you access to their new ideas and/or approaches, to which you will then have access. Another approach is to create “skunkworks” (projects developed by a small and loosely structured group of people who research and develop primarily for the sake of radical innovation) to give these types of people the freedom to do what they do best. 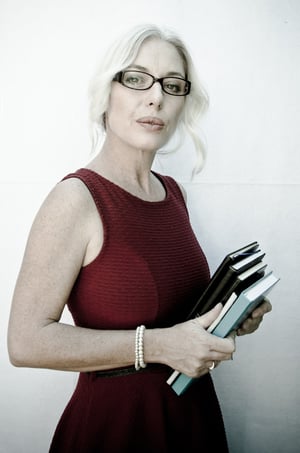 I think of thought leaders as elders; people with years of experience and expertise in their field, who go on to shape, influence, and lead that field (or fields). Thus to me, entrepreneurs and intrapreneurs are thought leaders in the making; innovators who take things a step further. They are often heart-led, rising to the top of their field or discipline because of their passion for it. They will be happiest free to move across departmental or organizational boundaries in order to make connections as they further that field or discipline. In fact, they tend to dissolve any barriers of a “normal” business relationship, because their goal is so much bigger. They live and breathe their subject – it is much more than a job for them; more like a calling. Committed for much more than any financial compensation involved, passion, trust, intuition, and values are critical to them.

When in their flow they will be both channeling and remaining open to serendipity as they look for/remain open to whatever answers will help them move forward. They see new ways of doing things that others hadn’t noticed; ask seemingly disconnected questions to come up with new or different solutions to intractable problems, and expand our knowledge base, often exponentially. They become the go-to experts in their fields, despite the fact that for many it was a rough road in the early days of their careers because they typically come up against a lot of push-back. If you have employees with a passion for a particular field or discipline, a spark that just does not want to die no matter the setbacks, they may well be thought leaders in the making.

I am currently working with someone I consider to be a thought leader. Her early career spanned work with some of the biggest names in children’s television globally, from which she emerged with a heart-driven vision and passion that is leading her to create her “legacy” product – a show to help children understand the science and the issues behind one of the major environmental issues of our time, an issue they will have to resolve during their own lifetimes. In the process, my client is helping colleagues to develop the type of innovative, forward-thinking company capable of producing not just her project but those of others like her. She didn’t always “fit” in some of the organizations she worked with because they couldn’t always recognize nor deal with her capacities. Her industry could, however, and recently awarded her a life-time achievement award. 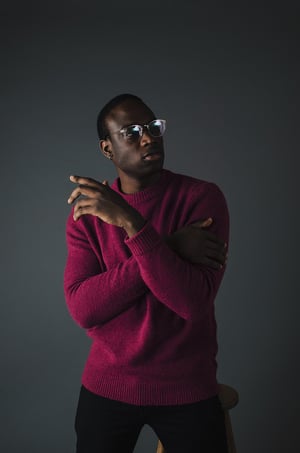 Thought leaders are at their best when they are understood and valued for their ideas. Sometimes that means out front and visible, because it gives them the opportunity for further give and take. They will be most valuable to your organization when enabled to represent their ideas in trade and professional organizations, leading teams that have the freedom to create collaboratively with other teams on major initiatives, and/or keynoting at conferences related to their field. Doing the day-to-day work – though they may seem to be capable of it – does not make the best use of their talents and will significantly diminish their productivity over time. They will serve you best when groomed for the larger roles of seeker, speaker, and seer of which they are capable. Despite the way many use the term today, true thought leaders grow into the role over time as they develop their body of work. You may have hidden thought leaders on your team – people who are capable of this type of thinking but have not found their way to it yet. If so, it’s valuable for all of us that you learn how to manage and grow their talents.

All companies need innovation in varying degrees throughout the organization, to adapt to the continual change that is a fact of life. If you think you have intrapreneurs, entrepreneurs or thought leaders on your team, talk to them, perhaps share this article. They are capable of helping solve some of your most intractable challenges; and, they need recognition and support to do so.

Deborah Huisken, PCC, is an executive coach, consultant, and thinking partner to business leaders, executives, and owners. She has helped owners triple their revenue and reach profitability; executives take on higher-level challenges and better manage their teams; leaders grow existing businesses and create new ones; high potentials confront bullies, address career-limiting challenges, and step into their full capacity. She specializes in helping her clients – particularly the innovators – understand what is unique about them, and how to leverage that in the work they do. Of particular interest is helping corporations identify, understand, and become more successful in working with the unrecognized or under-developed innovators and thought leaders in their midst.